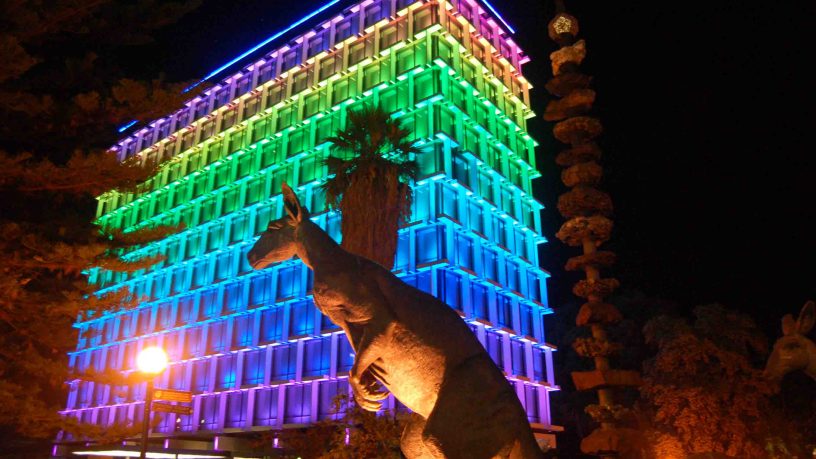 This year marks the 50th anniversary of Council House - that building on St. George’s Terrace that’s so pretty at night with it’s coloured lights, and so white and blocky in the daytime.

Whether you love or hate it – it’s here to stay and it’s history is surprisingly interesting.

In 1959 Perth City Council launched a national competition to design the building – the first major architectural design competition in Australia since the Sydney Opera House.

The Queen opened the winning entry in March 1963 - on a site that’s been used for buildings involved in the planning and governing of Perth since 1829 when Perth was known as the Swan River Colony.

Since then it’s almost been pulled to the ground and has continually divided peoples opinions, but -