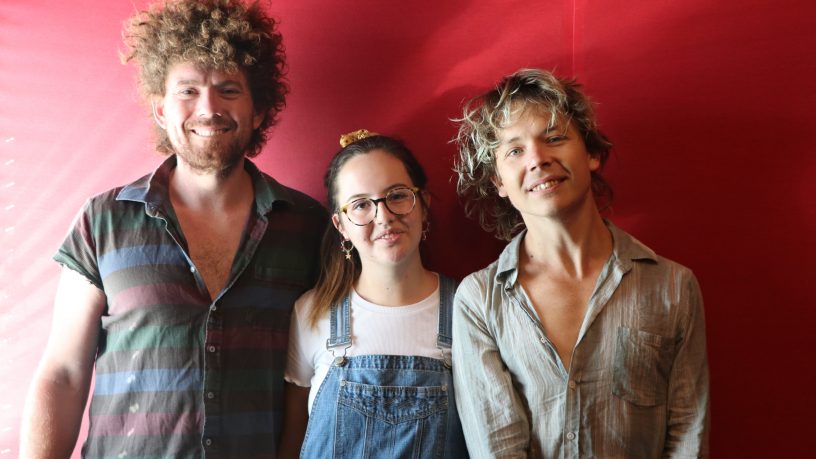 Back from sold-out dates across North America and numerous festival appearances; Nick Allbrook & “Shiny” Joe Ryan from Perth's own POND made a surprise visit to the studio for a chat about their new album Tasmania and national tour.

Tasmania, this week's RTRFM Feature Album, is a grandiose, varying and rich release across which POND weave a self-described, "dejected meditation on planetary discord, water, machismo, shame, blame and responsibility, love, blood and empire, all wrapped in luxurious, funky prog-pop."

RTRFM presenter Teri Campbell made the most of Nick and Joe's surprise drop-in, getting to know what went into making the album and what's in store for the group going forward.