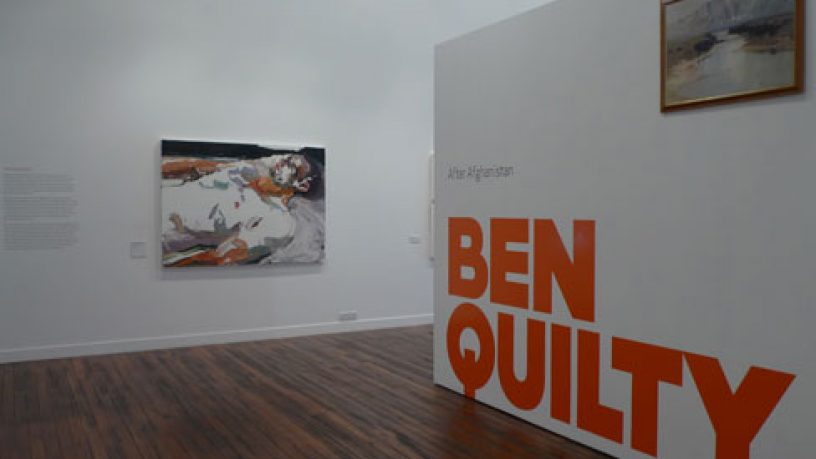 They returned to Australia with their assumptions about the war challenged.

Both artists were tasked to record and interpret the experiences of Australian service personnel deployed as part of Operation Slipper in the Middle East Area of  Operations (MEAO).

They are now exhibiting together for the first time at the John Curtin Gallery, as part of the Memorial’s Travelling Exhibitions Program.

RTRFM spoke to Laura Webster, the exhibition Curator and Chris Malcolm, the Gallery Director, about Shaun Gladwell’s “Afghanistan” and Ben Quilty’s “After Afghanistan”.