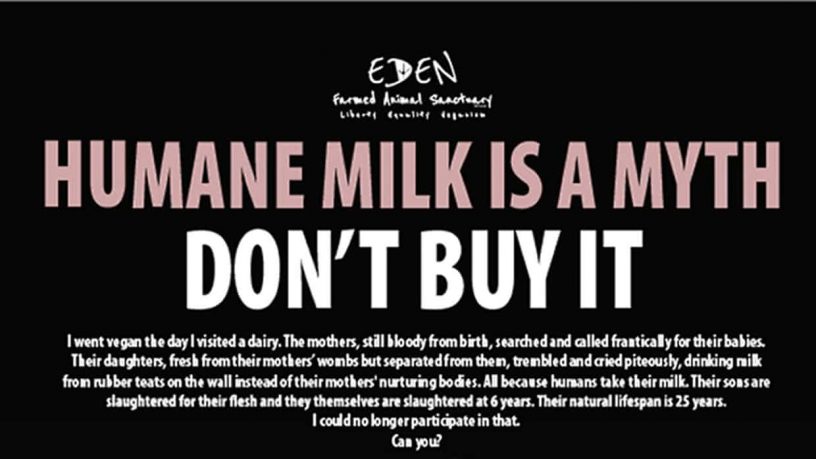 European vegan awareness group based in Ireland, Go Vegan World, recently ran some ads about dairy cows. The dairy industry took them to court over them - and Go Vegan World, won the case.  The ad is a simple image of a dairy cow behind a barbed wire fence with the text that gives an emotive account of seeing the new calves separated from their mothers

The dairy industry said that this information was inaccurate and misleading.  However the vegan group won the case

I spoke with Sandra Higgins, Director of Eden Farmed Animal Sanctuary, Ireland and Go Vegan World and started by asking what the motivation was for creating this type of ad.