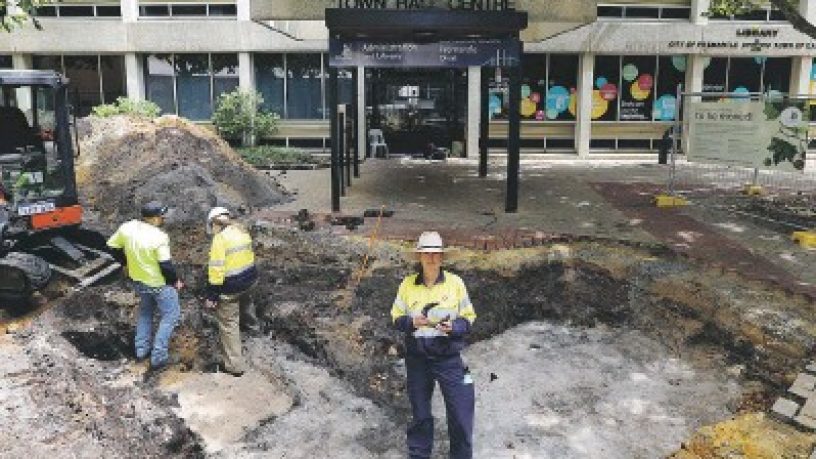 Archaeological dig in Fremantle's historic King's Square has uncovered what was life in Fremantle in the 1800s. The excavation was initially planned as a one week project from the 15 to the 21 of January; however, after some unexpected discoveries they had to extend the project for one more week. There were various discoveries including intact foundations and artifacts of the blacksmith business located on William Street from 1890 -1914.

One of the many mysteries of this project was when the Old  St John's church foundations were larger and didn't match the original historical plans.

Even though the project was successful, there were many challenges for the archaeologists due to bad weather conditions and inaccurate historical records.

Archae-aus Executive Archaeologist Fiona Hook, popped by to speak about the findings and some of the work  that was involved analyzing some of these findings after the excavations. Once the team sorts out these results, the artifacts will be showcased in the public spaces of the new Kings Square Renewal Project.