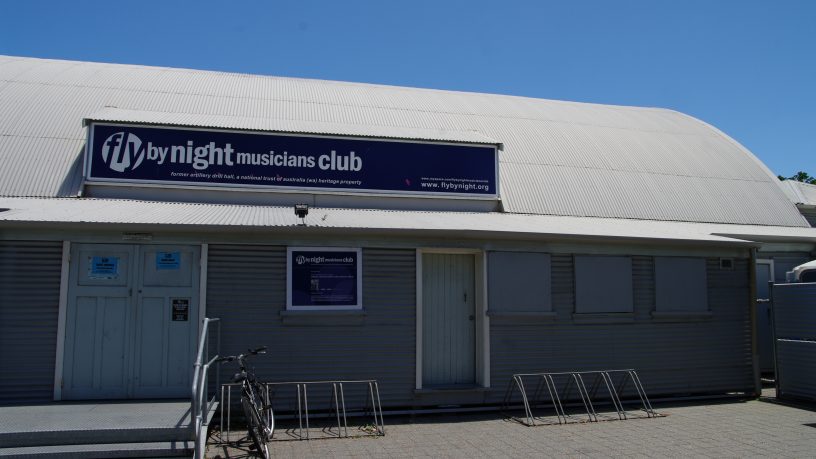 For nearly three decades the Fly By Night played a huge role in supporting the local music scene here in Perth- whether it be as an artist or spectator, many of us would have graced the Fly for a gig or several in years gone by.

When the Old Artillery Drill Hall in Freo came up for renovaton in 2017, Sean Winter and his colleague B'geella Romano were tasked with excavating the floor of the old building to uncover its convict past. However, the dig also provided the perfect opportuntiy to delve into some more recent local music history.

Sean shared some of these findings with us on Artbeat last week.