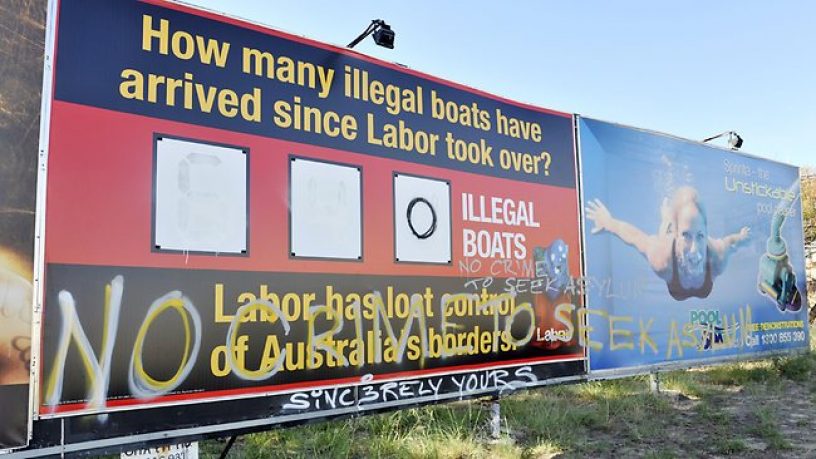 Earlier this week Tony Abbott came to town and unveiled a billboard as part of the election campaign.

The Liberal Leader proudly displayed the message that 641 asylum-seeking boats had arrived in Australia under the Gillard Government.

- A figure the billboards said was ‘illegal’.

Within hours it had been vandalised, or some may say – liberated – by an unknown vigilante - so that instead of telling us how many boats had arrived “illegally” the figure was zero with the message that its “no crime to seek asylum”.

It made the message accurate. But essentially, yes, its vandalism.

In this case, street art is being used to make a point.

Author, radio reporter and street art advocate SD Thorpe is with me to discuss the politics of vandalism and using art as a form of protest.