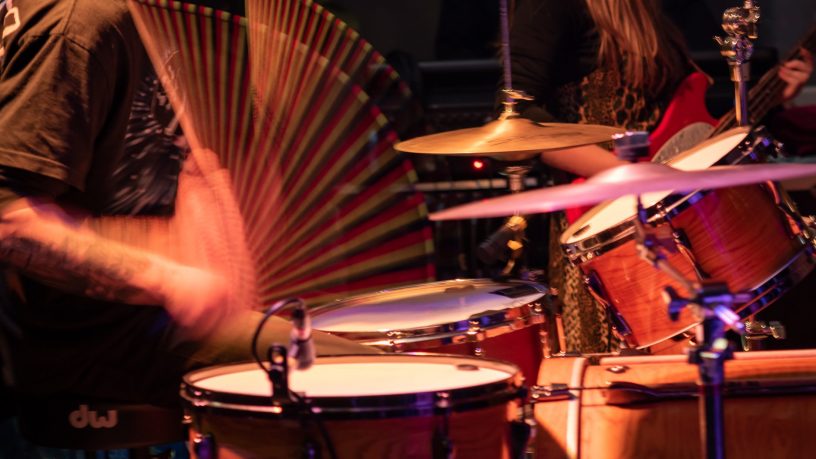 Axel Carrington called in to Mark Neal on Out to Lunch to deliver his 10 verse poem about the fun he had at Fremantle Winter Music Festival this past weekend.

"'twas the wettest night in June,
And through Fremantle, headstrong,
bounced the reverberations,
of 1400, wanting songs.

They braved the gale and the tatter,
To support their lovely station,
For there is nothing but elation,
In a good pitter-patter.

I parked myself at the Railway,
For most of the evening,
And what I saw was nothing but mates,
Love and goodness, all receiving.

Cuss played in a puddle,
But they did not raise a curse,
Their laconic drawl sprawled freely,
Like a zoetrope in reverse.

Inside next was Ursula,
Their sound pummeling, but dreamy,
With each show they grow closer,
a supergroup for the teaming.

Back outside for some bangers,
Of the Ooster variation,
And what a treat, to hear those songs,
Played with so much adoration.

Thumbs up, and repeated,
For a cave, filled with fire,
And a night so damp and dire,
Could not alley a Skull that heated.

Then, a wild Flossy, last out,
The elements receding,
Brought warmth, like a hug,
From a family member gleaming.

Inside, the last collection,
Beautiful tunes on the Verging,
Goldy's hat, an unfortunate missing,
From a set so polished and yearning.

And with that, we parted ways,
Into the wild and wooly beyond,
Fremantle Winter Music Festival,
It's a pleasure, to be a part of."