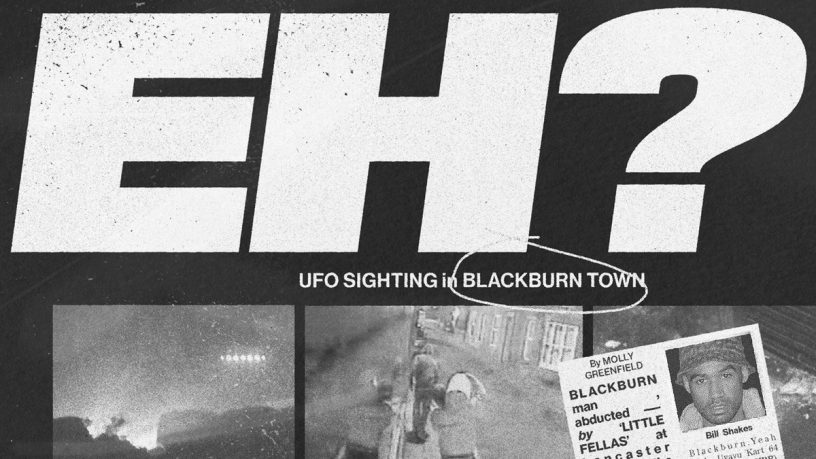 British MC Bill Shakes has been kicking around the underground rap scene for over a decade now, dropping both solo releases as well as relentlessly collaborating with his fellow Blah Records and Cult of The Damned crews, including his 2011 album For Goodness Shakes, and he's back with a new solo full length, Eh?

The cover art and monologue on opening track Chips 'n' Gravy both detail UFO sightings and alien abductions in Shakes' home of Blackburn, and as RTRFM Music Director Will Backler found out when catching up with Shakes, this may be more truth than fiction.

Listen below as Shakes tells us he was in the UFO for 10 minutes, not 8 years since his debut record, he explains that some of Blackburn FC's greats are indeed aliens (the inspiration behind Tugay Kerimoglu), that Vic Reeves & Bob Mortimer from iconic British game show Shooting Stars were also in the UFO (the inspiration behind Uvavu Kart 64 ft. King Grubb), and much more...