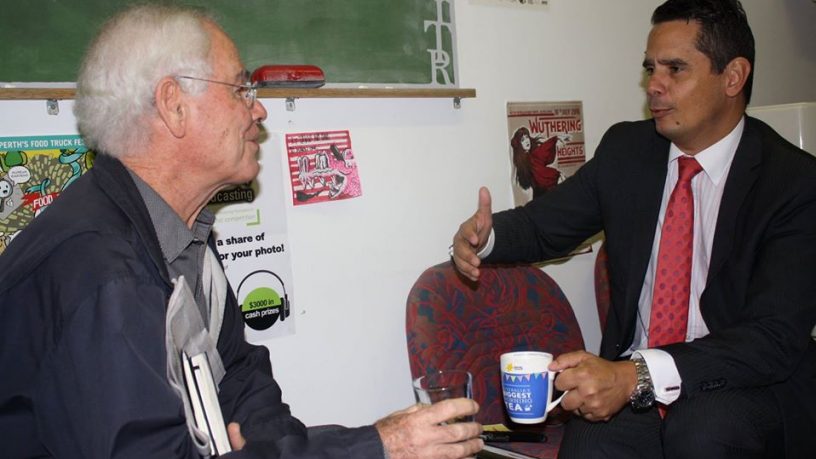 RTRFM takes a look at local, national, and international politics. Each week we talk to the experts to get the lowdown on the state of the state and the shape of this country's future. Follow along with RTRFM's political run-down, week by week, in the lead up to the federal election.

Federal. Panamania has overtaken the country this week as Prime Minister Malcolm Turnbull and Q&A Celebrity Duncan Storrar's names have both been linked to the Panama papers–and only half in jest. Both have been attacked and defended by their respective sides of politics as the divide between the rich and the poor and the question of how much tax each group should pay shapes up as a key issue in the upcoming election. James Hall spoke to the Saturday Paper's Chief Correspondent Martin McKenzie-Murray to get his take on the situation.

State. Its all about the budget today as last week’s revelation of a deficit that will grow to $40 billion in the 2018-19 years put the spotlight on Treasurer Mike Nahan's administration of the WA economy. Political Reporter Peter Kennedy joins Kylie Sturgess to unpack the current situation.

State. With a deficit that’s set to grow to $40 billion in a very short amount of time a lot of people are concerned about what’s happening to the state's economy. Indigenous Affairs have also come up as a big budget issue as a revelation that none of the $150 million that was ear-marked for reform has been spent.  State Shadow Treasurer and Shadow Minister for Indigenous Affairs Ben Wyatt joined Kylie to discuss.

Uni Poll Watch. As the federal election looms journalism students across the country are keeping an eye on the polls and profiling candidates in a project entitled 'Uni Poll Watch'. 28 Universities across Australia are working together to cover the 2016 Federal Election. Edith Cowan University School of Communication and Arts students Charlie Louis and Jacinta Payne are here to talk about what's up in the world of the polls.