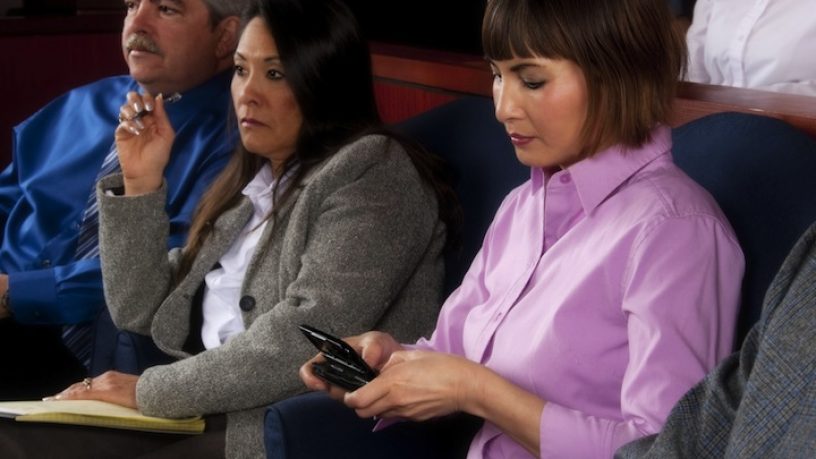 The head of ECU’s School of Law and Justice Professor Anne Wallace raised concerns following the release of a national study that looked at the impact of social media on the court system.

Professor Wallace said the use of or engagement with social media by jurors or members of the public could prejudice the right to a fair trial and result in mistrials.

Comments made about a case before the courts on social media could see the author charged with contempt of court. While jurors tweeting or updating their status about a case could face charges as well.

In the US, over a 12-year period, at least 90 verdicts were challenged due to ‘jury internet misconduct.’

ECU Professor Anne Wallace was one of the authors of the study and gave an insight into the question 'could a similar thing happen in Australia?'