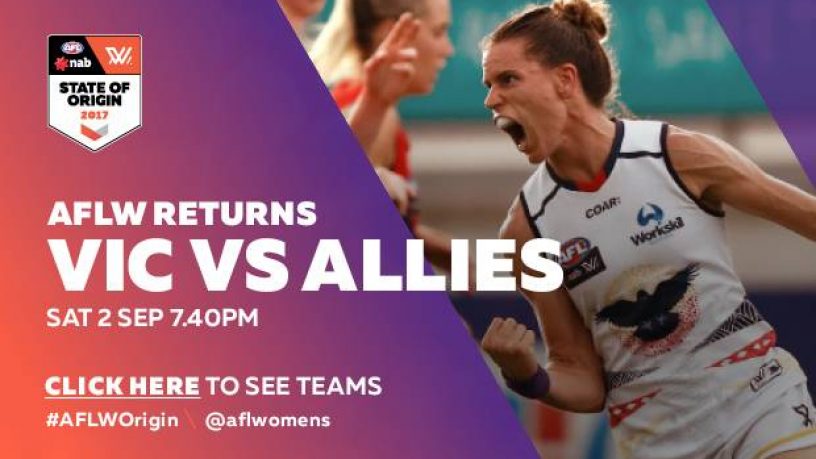 The AFL Women's League has gone from strength to strength this year!

And after the success of the leagues first season, there is a State of Origin Match this Saturday between Victoria and the All Star Allies!! The match will see players from all eight AFLW teams involved; with both teams containing players from the Women's Fremantle team.

Hayley Miller plays for the Fremantle Dockers and she joins us now to talk about the Women's league and this exciting match that starts on Saturday. Good Luck Hayley!!!