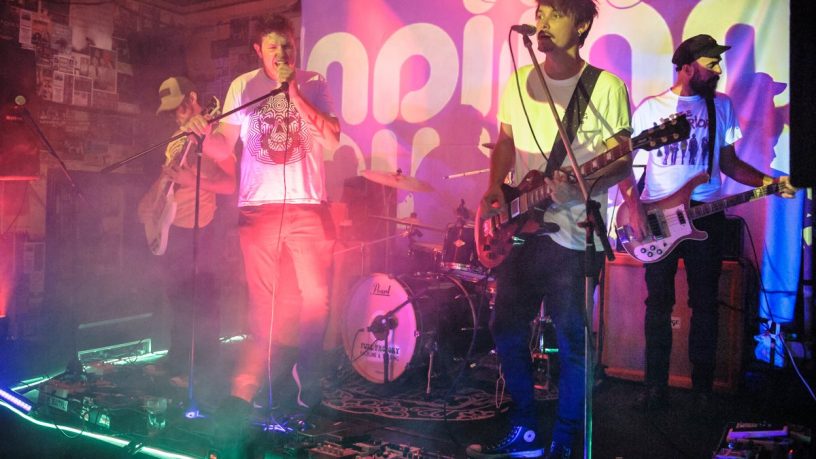 Luke and Rich from Giant Dwarf swung by Homegrown on Saturday to chat with Michael and Andy.

Giant Dwarf came together as a group of musicians from a selection of other local bands. At the band's beginning, they allowed themselves to be unrestricted to one genre and went wherever the 5 members wanted to take their sound.

Their debut self titled album is a 4 track release and was released in April this year. They chat about their approach to recording the heavy psych, stoner, fuzz sound.