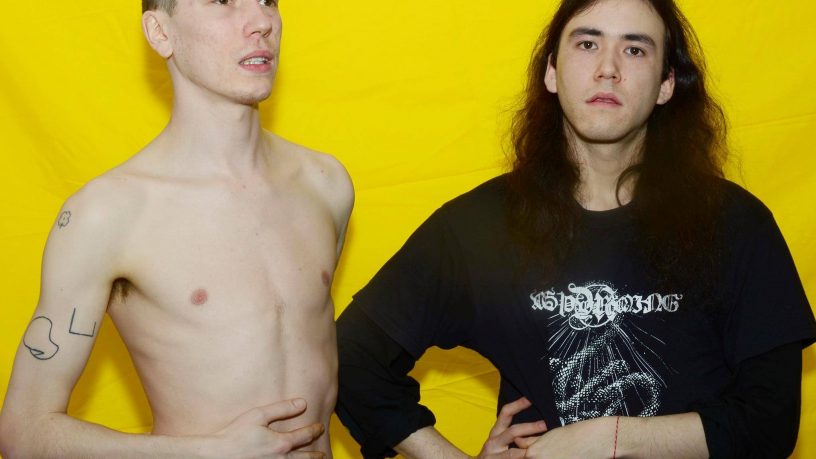 The two members of Bristolian electronic group Giant Swan, Robin and Harry, met when they were 11 and have been playing music together for so long that it has created a familiarity between the two. This has allowed them to form a valuable relationship to be able to create music together, which started out as "jangly indie" music when they were teenagers and has evolved throughout the years. Their new project Giant Swan sees the duo producing aggressive and intense electronic dance music which they have taken to stages around the world.

As well as producing music in the studio, the two also put on engaging live shows that are an "intense, energetic, cathartic" experience for audiences, bringing their music into a different context. The contrast between the live element and the studio side of the project is important to the duo and they bring their live show to Australia over the next two weeks, before taking a break for a while after a hectic 2018 where they performed all around the world at iconic clubs and festivals.

RTRFM's Darcy Love spoke with Robin from Giant Swan, and started off by asking him about their relationship with fellow Bristolian muso's IDLES...