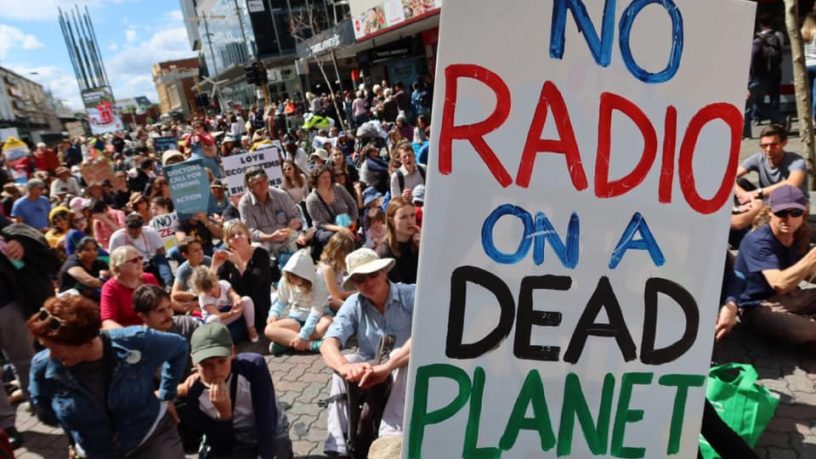 The program played a selection of sound bites from an interview between youth climate activist Greta Thunberg and author and activist Naomi Klein, hosted by The Intercept ahead of the Global Climate Strike.

We also spoke with anti-nuclear activist Dr Helen Caldicott, bee keeper and Teenovator Luke De Laeter and Psychology For A Safe Climate founder and president Carol Ride. Plus vox pops from those attending the rally.