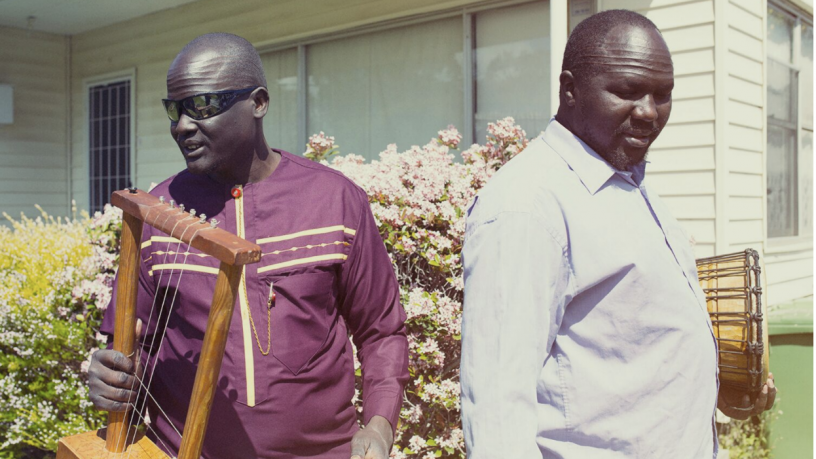 South Sudan-via-Melbourne musician Gordon Koang has been making acclaimed music for over 3 decades, both in his place of birth, and for the last couple of years, in Melbourne. Teaming up with the Music in Exile team, Koang's latest single Mal Mi Goa is a feel-good slice of East African sounds, a certified earworm.

Along with his cousin Paul Biel, Gordon continues to make and perform his unique sounds, with a new album hopefully out later this year.

Koang & Biel were recently in W.A., and dropped into the RTRFM Studios for a chat and awesome live tune with RTRFM music director Will Backler. Will started off asking how long they'd been performing music, with Paul answering...