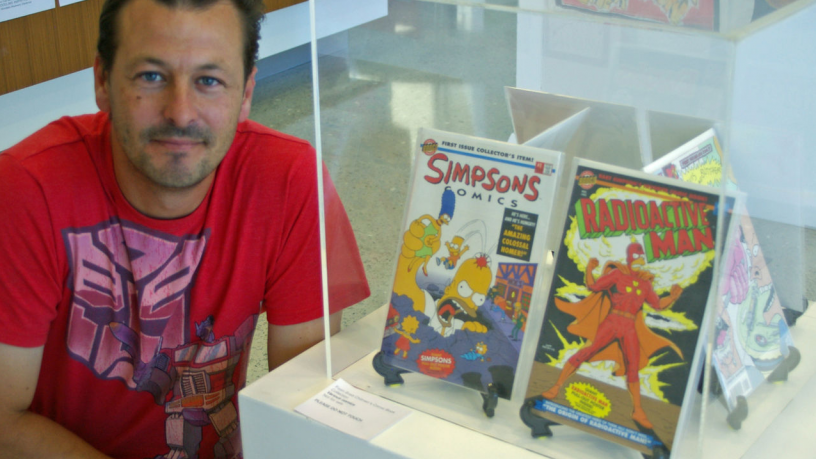 Frequently ascribed as a rather ‘nerdy’ hobby, comic book collecting should not be underestimated.

With a net worth of more than a billion dollars, enthusiasts are often compared to that of a religious following.

Someone familiar with this is Swan Valley local, Brett Chilman, whose collection not only outshines that of Big Bang Theories’ Sheldon Coopers, but is also the world’s largest private collection and it’s here in Perth.

Fortunately, comic book fanatics are in their element as Brett displays his collection in an exhibition called Heroes and Villains where fans can see the likes of Spider Man and X-Men original editions.

Brett’s was with Graeme this morning.