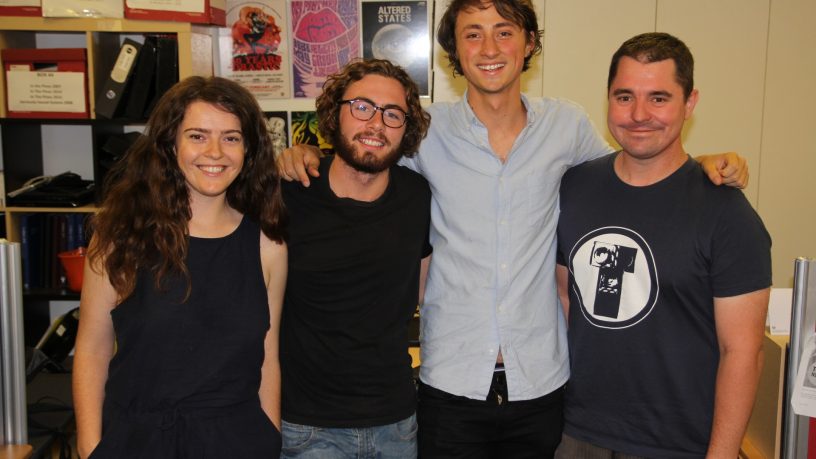 Cover and soak mung beans overnight for a minimum of four hours then drain and rinse. Bring the stock or water to boil in a large saucepan, add the mung beans and simmer on medium with a lid on.

It’s a recipe from the subcontinent, but it’s also the name for a local band called Mung Dahl. They've been around town for a little over a year, releasing an EP, playing The Big Splash and refining a sound best described as miscellaneous.

To delve a little deeper into that sound and their appearance at Distant Murmurs next week, Sam, Oscar & Lana joined Breakfast with Dennis for the band's first ever interview.