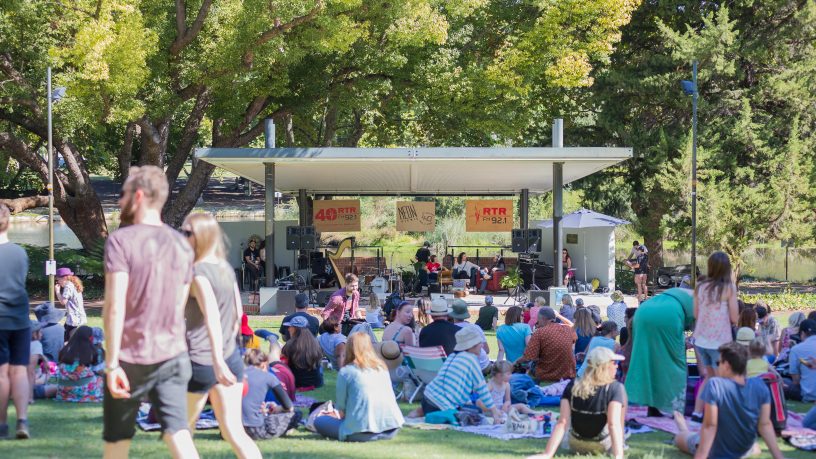 If you want to re-live Neon Picnic, you can do via our re-stream system.

9:05am: Founding member and Noongar Elder Barry McGuire joined us for a traditional Welcome to Country and a discussion about RTRFM's place.

9:30am: New Minister for the Arts David Templeman loves the arts and wants them to thrive.

9:45am: Local musician Abbe May has been around the RTRFM traps for years. She popped in to chat about the importance of the station in her career.

10:15am: Former Chair of the RTRFM Board and regular Science Broadcaster joined us to chat about the station 15 years ago.

10:30am: Pete Jeavons and Gabriel Fatin were the first musical act of the day with some smooth jazz

11:03am: The man the myth the legend, Ross Chisholm joined us to chat about local music and his 30 plus year time at RTRFM.

11:15am: Anita Bennetts joined us as a former board member and producer at the station.

11:30am: The Bank Holidays returned for one day only as they played us some wonderful pop music.

12:00pm: The man who made the Full Frequency theme and someone who has been around the traps of the station forever, Bobby Fletcher joined us.

12:15pm: Renfield aka Adam Lovkis was a founding member of those shows that head towards the heavier side of the musical spectrum.

12:30pm: Simone and Girlfunkle serenaded us with their beautiful tunes.

1:03pm: A founding member of the Full Freq team, Saxon joined us for a chat.

1:15pm: One of the first presenters of Drastic on Plastic, Jane Armstrong chatted all things women in music and RTRFM.

1:30pm: Having been around forever, Turnstyle Lite joined us for a tune.

2:30pm: Mathas and Mates loves his mates and we love him.

3:10pm: They are one of WA's greatest musical exports and they joined us for Neon Picnic, The Triffids.

3:30pm: Founding member of Black and Blue, Paul Gamblin joined us for a chat.

4:00pm: Having played all Neon Picnic previous, Errol H Tout joined us for his fifth.

4:20pm: Having been at the coal face of making sure the station stayed on air in the late 1980's Jerry Packington has some great stories.

4:30pm; Rounding off the day is the future with Verge Collection. 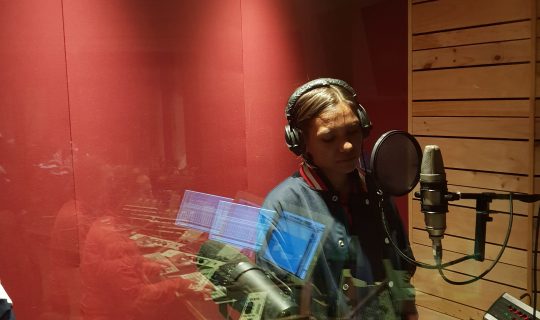