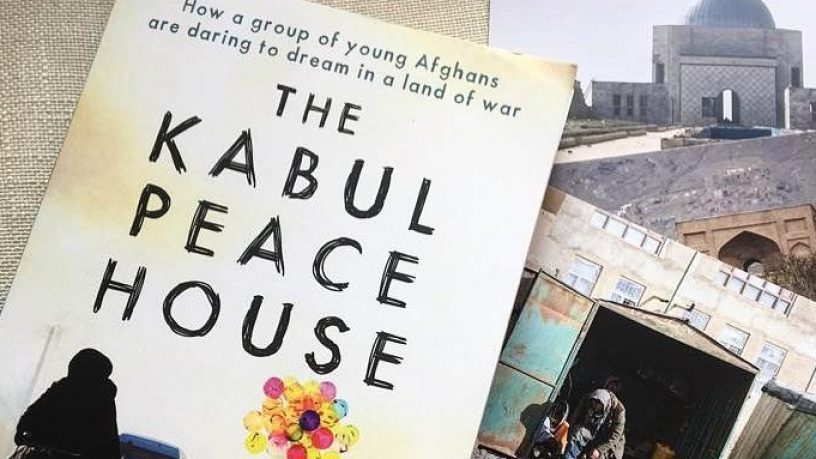 Refugee advocate, activist and acclaimed author Mark Isaacs embarked on a trip to Afghanistan in 2016 as part of a small team of volunteer researchers, sent by the Edmund Rice Centre, to report on the safety of rejected asylum seekers returned to the country by the Australian government. During this he spent time with a group of volunteers - a multi-ethnic community living in a share house, whose mission is to bring change through non-violence, to try and achieve peace where many others have failed.

Their ideology of equality and their compelling personal stories prompted Mark to returned in 2017 to document how they have lived with war but have become a viable movement for peace.

Based on hours of interviews and transcripts from his time spent in Afghanistan, The Kabul Peace House takes us inside a remarkable and unlikely peace project established in one of the most war-torn, violent countries in the world. Through this book Mark takes us on a journey to the streets of Kabul, where day-to-day life involves terror and extreme danger lives alongside these inspirational and courageous young people within ‘The Community’. he also reveals personal stories of trauma and loss that ultimately lead these people to defy the risks and stand up to demand peace; a seemingly impossible dream. Readers will bear-witness acts of non-violent protests and the small steps being made in making their lives better; but most importantly readers will get to witness these peoples bravery, hope,  struggles and their setbacks for a future for them and their descendants that shines with peace.

The result is a story of hope and resilience in a country constantly under siege from within and without.

Mark joined The Mag yesterday to speak with host Fiona Bartholomaeus all about his and these experiences...