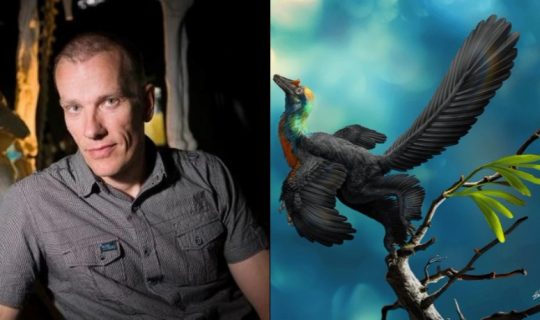 Lovers of Fossils and all things Dinosaurs are rejoicing this week following the discovery of a new bird-like species of dinosaur! The 'Caihong' —Mandarin for "Rainbow"— lived in the North-Eastern parts of China around 161 million years ago with palaeontologists discovering the creature possessed iridescent feathers that ultimately shimmered in the sunlight.
What makes this vibrant discovery even more interesting is that it's suggesting the Jurassic Period which this two-legged predator once lived was possibly even more colourful than previously thought.

Dr. Mikael Siversson is the Curator of Palaeontology at the Dept. of Earth & Planetary Sciences at the Museum of W.A, and he joins us now....