Can The President Trump the rest? Let’s find out… 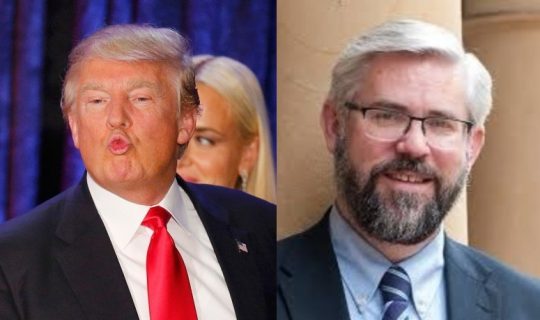 President of the United States Mr. Donald Trump's first year in office has been nothing, if not, eventful.
The millionaire businessman-turned leader of the 'free' world-has had to deal with his fair share of controversies, even if supplied by his own doing. Examples being accused of racism, colluding with Russia to win the 2016 presidential election (in which a dossier of these accounts are currently being assessed by the FBI)...also, he apparently cheats at golf.

Yesterday he delivered his first State of the Union address to both houses of Congress in Washington DC.

Here to address, dissect, and discuss the content within the president's speech, including the possible implications the speech may hold as well, is the founding CEO of the Perth USAsia Centre, Professor L. Gordon Flake...