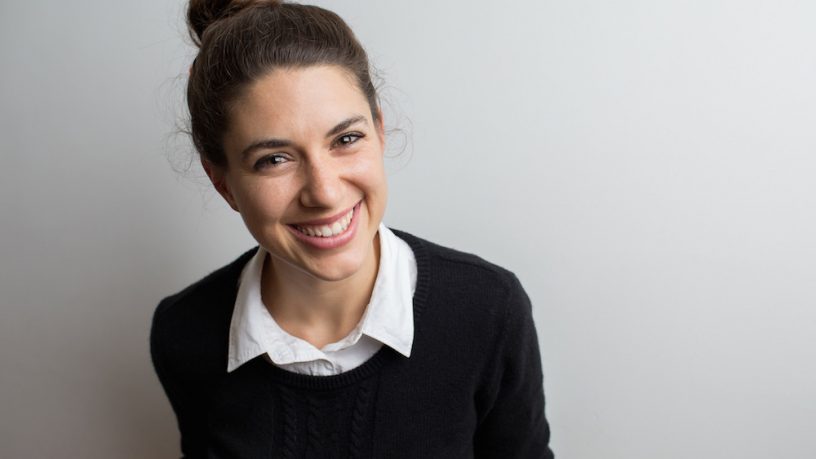 Caitlin will commence employment with the station on Monday, 5 January 2015, and will make her on-air debut as the new RTRFM Breakfast presenter on Monday, 12 January 2015.

Caitlin began volunteering at RTRFM in early 2009 as an Assistant Producer on RTRFM’s morning talks program, Morning Magazine. She was soon a regular presenter on Morning Magazine, and made many cameos on other peak RTRFM programs, presenting on Drivetime, Out to Lunch and Breakfast with Barr.

In 2013, Caitlin headed east to study at Sydney’s Australian Film Television and Radio School (AFTRS). Upon graduation, Caitlin was employed as a journalist and newsreader at Wave FM in Wollongong, New South Wales, where she “heard enough Nickelback and Taylor Swift to last a lifetime”.

Of her appointment, Caitlin says, “RTRFM feels like home to me and presenting Breakfast is the dream job I never thought I’d get to do. I feel so lucky to have this opportunity and I can’t wait to get stuck into it.”

It’s a new era for The Sound Alternative as Breakfast With Barr comes to an end after a decade on the air.

While he will relinquish his seat behind the microphone, beloved RTRFM personality Peter Barr will continue on at RTRFM as the station’s Talks Producer.

Peter is excited to pass the baton onto the new Breakfast presenter and spend more time with his young family.

He says, “I heard Caitlin on air very early – before Breakfast – and was immediately impressed. It was dark and cold in a time slot where it's easy to feel alone. But she was bright and lively and lovely to listen to, and I knew then that she would shine on radio in other times. I'm so glad she's keen to present Breakfast on RTRFM and I'm looking forward to enjoying listening to her.”

The respect is mutual. “Like so many creative people who grew up in Perth, Peter Barr has been a mentor and a friend to me,” says Caitlin. “As an awkward, shy teenager trying to find my place in the world, Pete gave me a chance for which I will always be grateful . . . I’m glad he’ll be more awake now to enjoy time with his beautiful family and I wish him all the best in his future projects.”

She continues: “I’m going to miss waking up to the sounds of Breakfast with Barr, but I’m so excited for this new chapter. I think both RTRFM and I have grown in the past couple of years, and it’s a great time to be in Perth and at the station. I’m looking forward to continuing some Breakfast favourites, trying out some new things, and generally having a blast. Keep it locked in 2015!”

RTRFM are excited to enter the New Year with a new voice on the airwaves from 6-9am weekdays, and look forward to Caitlin’s return to the station.

If you’ve got a story, an idea or a gig coming up, you can get in touch with Caitlin Nienaber via cnienaber@rtrfm.com.au.