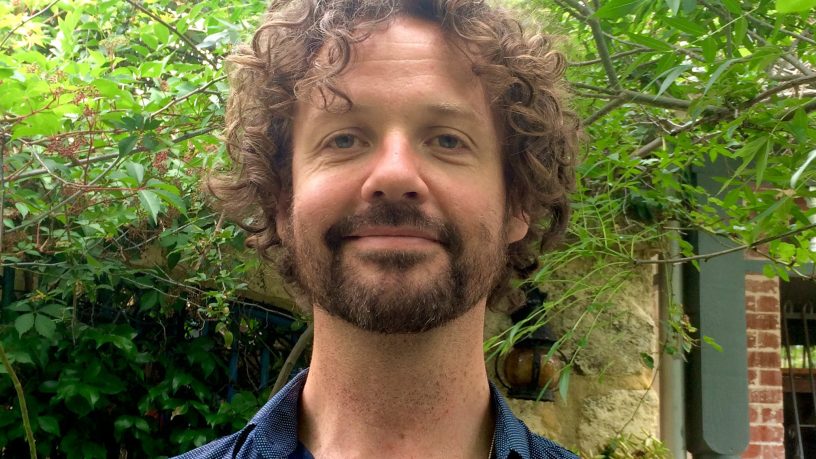 RTRFM is pleased to announce the appointment of Stuart MacLeod as the station’s new General Manager.

As the co-founder and guitarist of Perth band Eskimo Joe and a presenter on 96FM, MacLeod brings a wealth of music industry experience to the General Manager position.

Macleod’s relationship with the station extends back to his formative days in music, back when RTRFM became the first station to play his band’s music on the airwaves back in the late 90s.

“I remember the first time I heard one of our songs on the radio on RTRFM,” MacLeod said. “That was a huge moment for me. In a big way, RTRFM was responsible for that paradigm shift in my thinking that I can do this.

“This station has provided so many new and emerging artists with not only a platform to present their art, but also the confidence to back themselves. It's really important to have that support when you're starting out.”

Beyond his near two-decades in Eskimo Joe, MacLeod has spent the last several years working as an acoustic designer outfitting recording studios, as well as presenting 96FM’s local music show Access All Areas. The new appointment will allow both MacLeod - and the station at large - to further the shared goals of advancing community interests, championing local music and celebrating everything our city has to offer.

"The thing that has always driven me towards RTRFM is that it's all about passion," MacLeod says. "It's not only passion for the music, but also current events, politics, knowledge... Whatever you're listening to on RTRFM, people are putting it on here because of their passion for it, and their desire to share it with their community.

As RTRFM continues to grow and evolve, MacLeod is eager to expand the station’s position as the hub of Perth’s music, culture and community.

“For me, I'm looking forward to growing the on-air, off-air and online community at RTRFM. The website has grown so much over the last five years, and I want to keep nurturing that side of things. I want to expand and strengthen the online community because I feel it's such an amazingly intuitive, efficient and powerful way to bring people together and share ideas and knowledge.

“I'm also really keen to develop projects that nurture new and emerging talent, within all sectors of the arts world. RTRFM is such an amazing hub for people to come together to express themselves and I'm honoured to be an integral part of that."

MacLeod and the RTRFM family would also like to extend their gratitude to Jason Cleary who served as RTRFM’s General Manager for three and a half years.

MacLeod will commence his role at RTRFM before the end of the year.