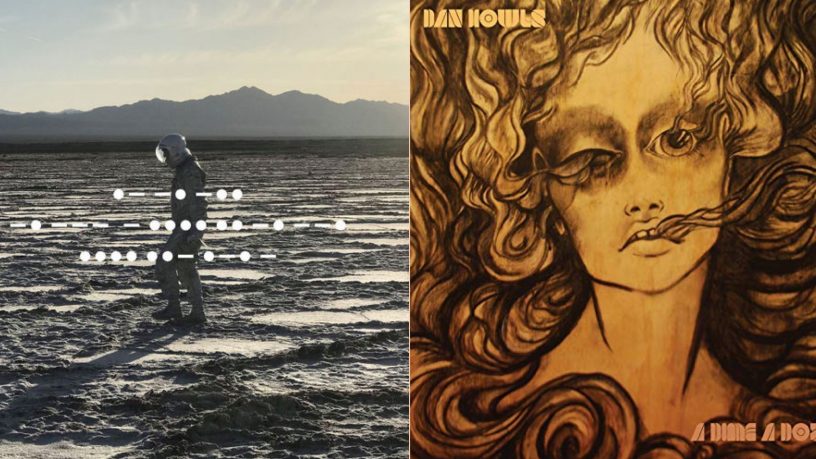 It's extremely rare for songwriters to not just be consistently brilliant over 3 decades, but arguably improve with each release - Jason Pierce, however, is definitely one such musician, as he cements his status as a legend of the modern alternative music scene with his eighth album leading the band Spiritualized, with their stunning new LP And Nothing Hurt. Six years on from Sweet Heart Sweet Light, Pierce has further honed his unique sound, where choirs and orchestral arrangements coexist happily with dirty electric guitars and Pierce's nonchalant, effortless vocal delivery. Combining elements of alt-country, folk, and neo-psychedelia into a cohesive, addictive blend, And Nothing Hurts traverses a range of genres and styles, while at all times remaining epic, cinematic, and uplifting - And Nothing Hurts, except when the album finishes (but you'll probably put it straight back on again, anyway!)

Bursting onto the local scene in 2016 with his debut EP Howler, the first thing that strikes you with Dan Howl's music is his voice - rough and rugged, dark and passionate, it is a deep, commanding presence that grabs hold and doesn't let go. Back with his first full-length, A Dime A Dozen, this is still the case, as Dan Howls (pun intended) across 7 tracks of swampy, dusky blues rock, with a couple of upper tempo numbers sprinkled amidst the slower stompers. Big, distorted guitar hooks meet a driving, relentless rhythm section driving the tracks forwarded, resulting in an album of captivating, memorable heavy blues sounds, proving that Dan Howls is indeed not A Dime A Dozen.

Featuring rollicking alt-folk rock from Peter Bibby, chilled yet pumping electronic sounds from Roza Terenzi, irresistible indie from The Community Chest, majestic art-pop from Julia Holter, a new take on a classic film soundtrack by Thom Yorke and stacks more  - check out all of this week's featured music and have a listen over here.