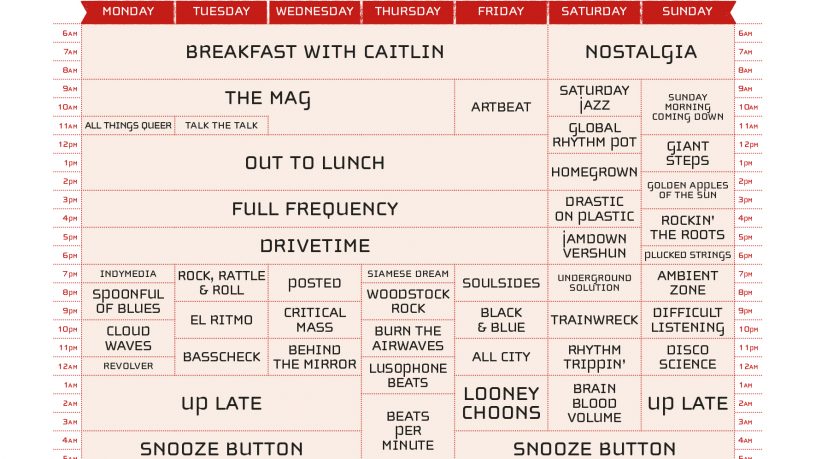 RTRFM is proud to announce the new programming grid for 2016.

The first edition of Revolver is The Midnight Special, an off-kilter late night talk show hosted by Tristan Fidler (Movie Squad), featuring guests from the worlds of music, art, performance and comedy. For a six week run, The Midnight Special will be one more reason to stay up late and be late for work the next morning.

• All Things Queer will move from the Mondays at 10pm to the last hour of The Mag at 11am-12pm on Monday.

• Cloudwaves will move from Thursdays at 11pm-1am to Mondays at 10pm-12am.

• Brain Blood Volume will run for 3 hours instead of 5 - starting at 1am on Sunday mornings and ending at 4am.

• Looney Choons will also run for 3 hours instead of 5 - starting at 1am on Saturday mornings and ending at 4am.

• Snooze Button will expand to include Saturday and Sunday mornings from 4am-6am in addition to its regular Monday through Thursday slots.

The new program grid will go into effect as of Monday February 22.