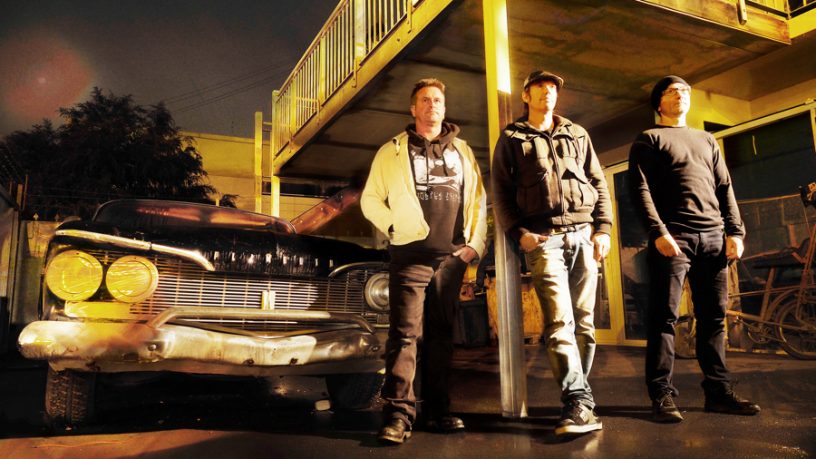 With two number one albums in NZ and regular tours globally to thousands of fans, Salmonella Dub have been labelled as the rightful pioneers and originators of a unique Pacific style of dub/drum ‘n’ bass/reggae/hip hop and groove-based rock. Acts such as Fat Freddy’s Drop, Shapeshifter, and Trinity Roots, as well as the new wave of Australian acts like Budspells, Rastawookie, King Tide, Red Eyes, and the likes, can all thank Salmonella Dub for breaking new ground, in an Australasian alternative music scene which was dominated through most of the 1990s by straight guitar rock, and electronic dance music.
To mark 25 years  since their first live show, the band have released their new album Commercial Grates in Aus - 30 radio cuts spanning the band’s first quarter century.
Play audio