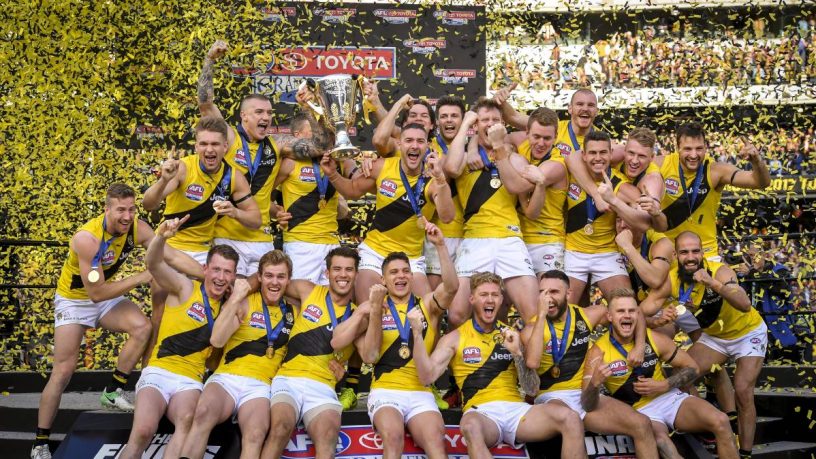 Richmond’s 2017 premiership shows Australia how it should be run. What? It sounds like a joke. But In The Football Solution leading political journalist George Megalogenis mounts a serious case for the great game and his beloved side the Richmond Tigers.  By following the lead of Victoria’s 2017 premiership team Australia could lead the way as a nation.

‘Richmond was the tragic character in a soap opera, destined for perpetual heartbreak… The 2017 premiership changed that plotline in a delightful, unexpected way. It went beyond sport, speaking to the very meaning of national life… Richmond didn’t just win, it rewrote the rules.’

James Hall spoke with George Megalogenis, who explained how Richmond transformed itself from laughing stock to premiership role model – and what lessons Australia can take from that turn-around.

The Football Solution is available from Penguin Books.