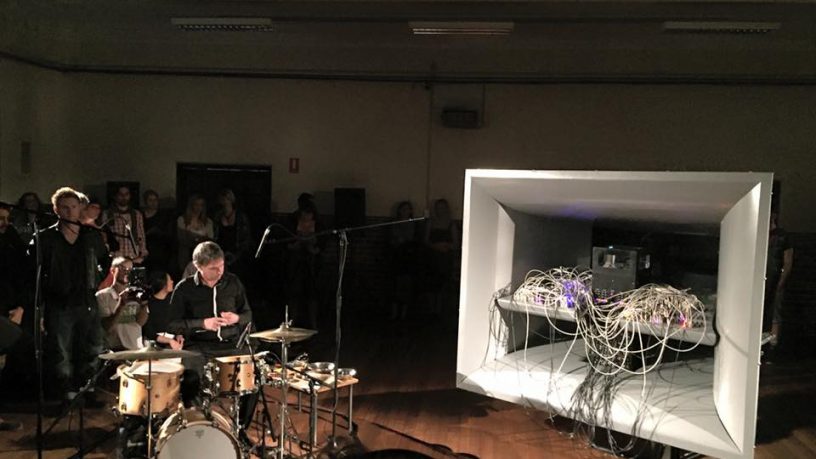 By transforming his own skin cells into neural stem cells, GUY has created what he describes as an ‘external, symbolic brain’.

The neural network is then combined with an analogue modular synthesiser to create sound–with no computers or programming involved.

It’s called cellF, and it’s been described as a “cybernetic musician–a rock star in a petri dish”.

Guy and his creation will be featured at an upcoming show at Sydney’s National Art School he join Antonino Tati to tell us more about his miniature musical brain.