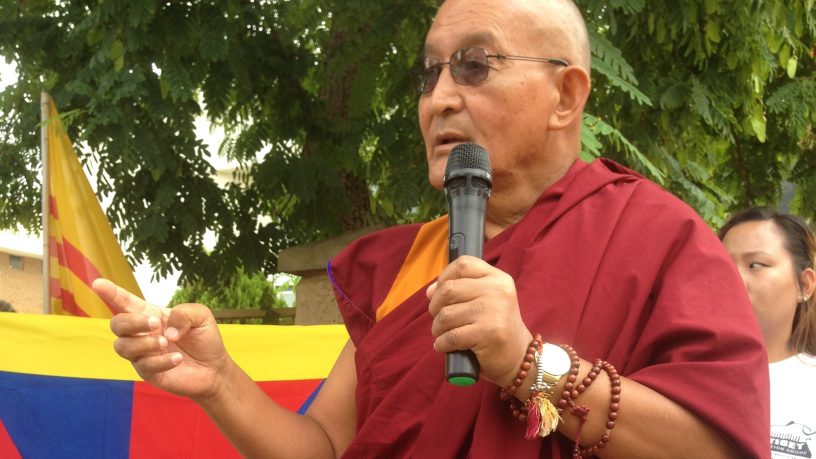 Last month Spanish courts  asked Interpol to issue orders to detain former Chinese leaders for questioning about their crimes against humanity relating to Tibet.  RTR FM 92.1 is the only news organisation to join Perth Tibetan protestors outside the Chinese consulate on Saturday, part of a global protest culminating in today, Tibetan Uprising Day.

On this day in March 1959, tens of thousands of Tibetans took to the streets of Lhasa, surrounded the Dalai Lama’s palace to protect Tibet’s spiritual leader from harm.  At least 87,000 Tibetans were killed to suppress the revolt, though the Dalai Lama escaped to India. Here’s a special report, including sounds from Saturday’s rally, the Venerable Geshe Jampel Senge, and Greens Senator Scott Ludlam.