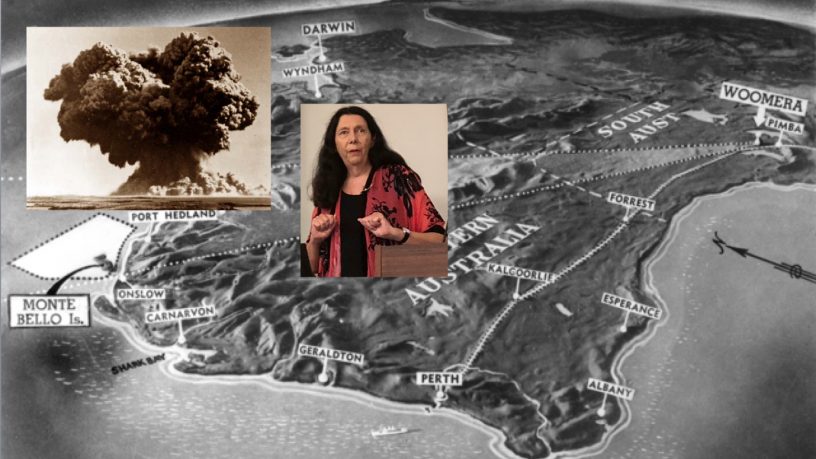 Nuclear weapons need secrets, and when the British Empire's first nuclear weapons were tested in Western Australia in 1952, these secrets wrought devastating results.  Understorey brings an interview with nuclear veteran, Max Kimber, (recorded by Adrian Glamorgan in 2013), about the minesweeper yeoman's radioactive experiences at Montebello in 1952-53, and from Sue Coleman-Haseldine, who recounts the harm done to her people at Emu Field and Maralinga. Nancy Milne tells the story of how her intrepid journalist father Norman Milne broke the news of the Montebello A-Bomb in the West Australian. In this second part of our interview with Dr Liz Tynan, the Atomic Thunder author explains how heroic work by journalists like Brian Toohey, politicians like Tom Uren, and whistleblowers like Avon Hudson, ultimately revealed the extraordinary damage done by nuclear secrets: disregard for human life, 24,000 years worth of damage to the South Australian environment, a muzzled fourth estate, and a disregarded Australia's sovereignty by British "nuclear colonialists."   (Image: A. Glamorgan)