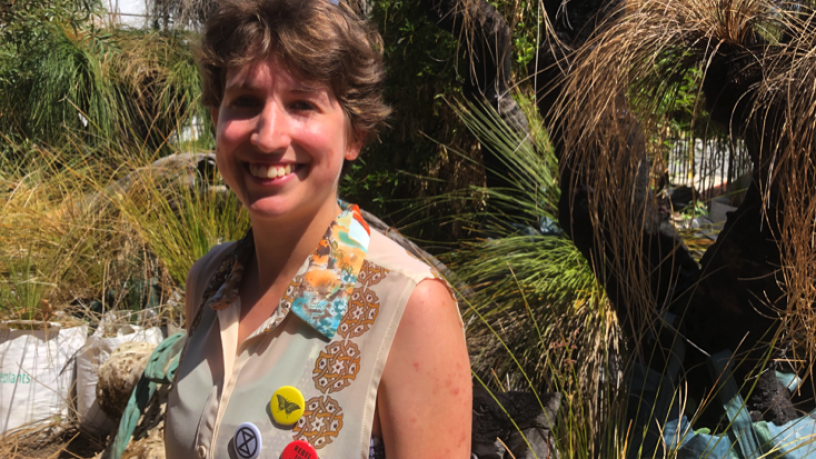 Many people around the world are concerned that time for action on climate and species extinction has almost run out.  Following Greens Senator Jordon Steele-John's impassioned speech last week decrying the lack of attention being given by government and opposition alike, Understorey asks Extinction Rebellion’s Leila Folland about the concept of replacing our parliamentary system with a Citizen Assembly, at least for addressing difficult issues, so that in complex issues like climate, that the facts and issues can be considered without corporate influence tabloid alarm, or party politics, so that democratic actions can be better deliberated. (Image: Leila Folland, by A Glamorgan)