Understorey: Geiger Counting on a Future 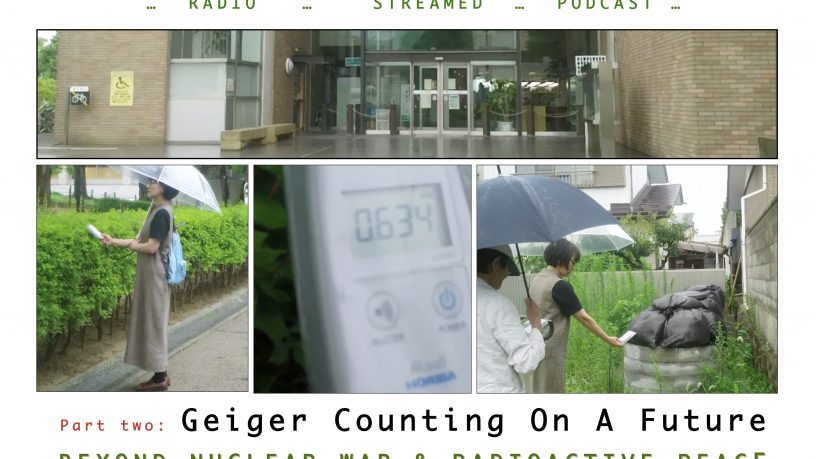 Australian uranium contaminates Fukushima.  It was not  a natural disaster, but entirely “man-made," according to an official investigation, damage caused by  "a multitude of errors and wilful negligence that left the Fukushima plant unprepared."  Worse was to come: "serious deficiencies in the response to the accidents by TEPCO, regulators and the government."

In the second part of "Beyond Nuclear War and Radioactive Peace," Elizabeth PO' and Adrian Glamorgan interview a farmer, Mr Kenichi Hasegawa, whose community, 30km from Daiichi, was told for a month after the explosions by government and academics that they were safe from radiation.

They also speak to Mr Toshio Inoue and Mrs Kazue Morizono, two community activists, who use geiger counters to show that official monitoring is consistently underreporting the extent of radiation damage.  Doctors are saying the increase in children's thyroid cancers has nothing to do with the nuclear disaster..