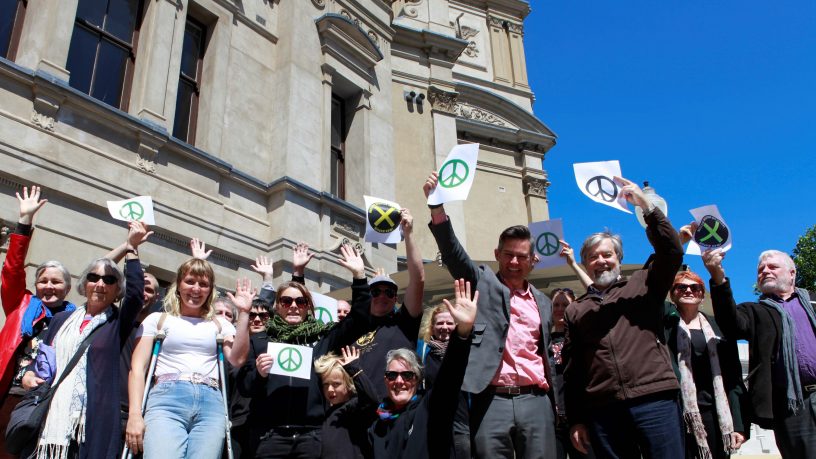 With one retired US naval expert tipping a 10% chance of a nuclear war on the Korean Peninsula, and South Korean nuclear reactors vulnerable to conventional conflicts, mayors and counsellors met up outside Fremantle Town Hall yesterday, drawing attention to the International Day for the Total Elimination of Nuclear Weapons.  Mayors for Peace, a network of more than 7000 cities around the world, has united in their call for countries to sign the new treaty to abolish nuclear weapons.  But Australia will not sign, arguing we are protected by the USA's nuclear arsenal.