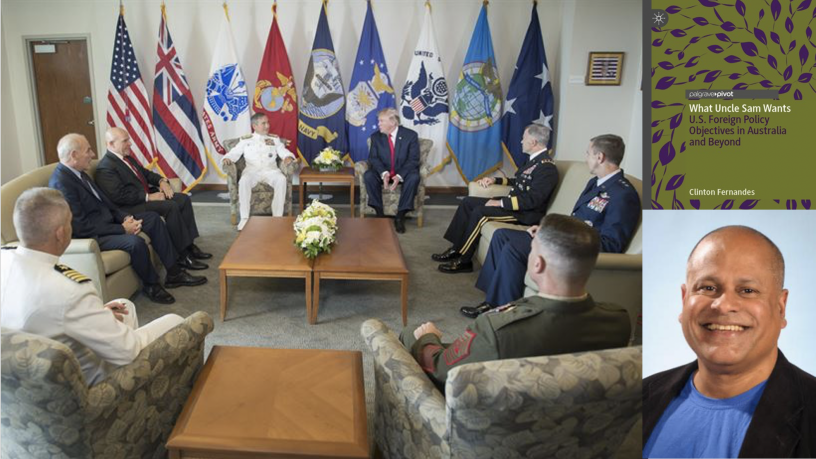 While the federal government ringbarks its own environment department with budget cuts (see last week's Understorey), the government is spending up big on military - $279 billion over the next ten years to support Australia's  alliance with the United States.  It's not good economics: research shows that many more jobs are created in sectors like health and education, rather than in military hardware.  It's not good environment work: the environment could do with action on the climate emergency, biodiversity loss, renewable energy, or infrastructure.  But it is good for corporate interests, particularly those American majority owned companies like BHP, Rio Tinto, and Woodside: in fact, the majority of Australia's twenty biggest companies.  In this first episode, Professor Clinton Fernandes from the Australian Defence Force Academy in Canberra sets out how US military power and its commercial interests in Australia are two sides of the same coin, promoting US interests in our region while consigning Australia as a sub-imperial power skilful at providing basic raw resources, like any third world economy.  The former Army intelligence officer takes us through Australia's adherence to obscure patent laws and trade treaties which are not only subverting our sovereignty, but also making Australian social policy and innovation so much more difficult.  They cost us innovation in renewable energy, water technologies, and health.  The Morrison government's commitment to an extra $279 billion on missiles and extras may cost us a whole lot more.