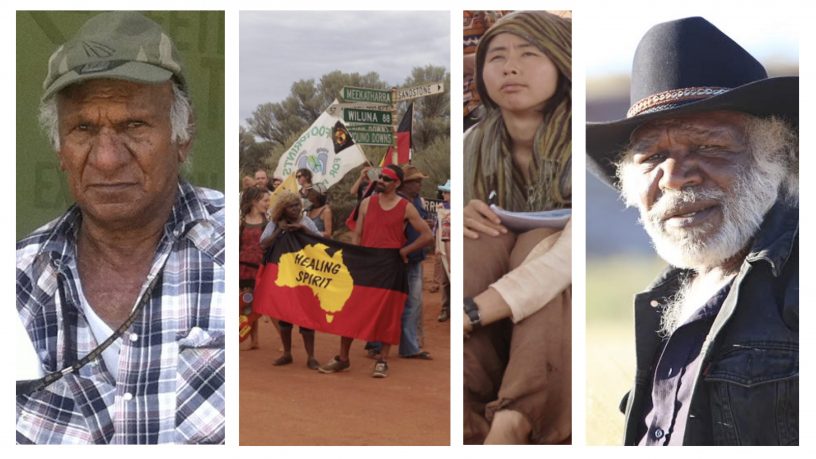 According to a Japanese official report, the Fukushima nuclear accident was caused not by an earthquake or a tsunami but by a combination of mismanagement, wilful negligence and overconfidence.

We hear from Japanese voices - Yuji Kaneko, Yoshiko Tanaka and Mika Kamijo about what the nuclear disaster (fuelled by Australian uranium) has meant to their lives and community.

Traditional owners from uranium rich areas in Australia speak their stories about what this means for caring for country. We meet Uncle Kevin Buzzacott, Uncle Glen Cooke, Kado Muir as well as Della Rae Morrison.

There are prospects for WA's first uranium mine, either at Wiluna (through Toro, and their massive extension of their project proposal since obtaining conditional EPA approval), or at Kintyre (through Cameco, currently open for public comment to the EPA). Mia Pepper, nuclear campaigner at the Conservation Council of Western Australia, says the Environmental Protection Authority process does not properly reflect true community concern, and calls for a public inquiry into the nuclear industry.

Does caring for country mean we should regulate the "nuclear village"?