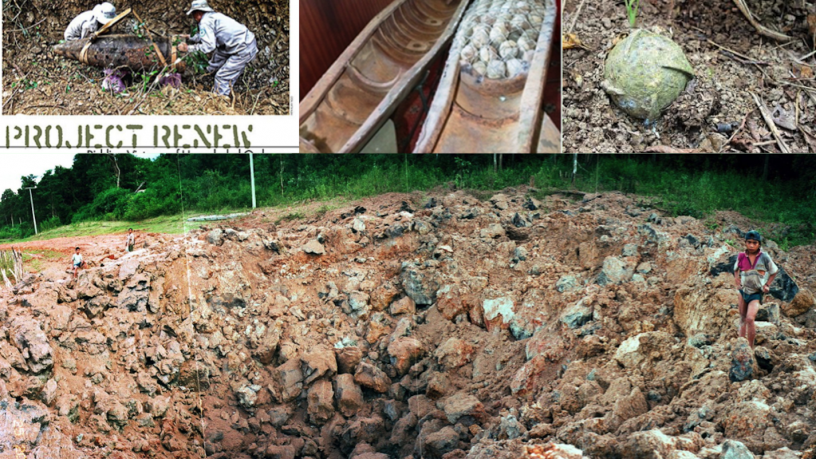 The Australian Department of Defence has a webpage all about UXO - unexploded ordinance.  But it’s about UXO in Australia.  The page says nothing about lethal Australian unexploded ordnance left behind in other countries we've been at war with.  Not Vietnam or Afghanistan or Iraq. All of these wars are closely linked to our engagement with ANZUS, but without any enduring sense of responsibility for the damage caused to civilians by our involvement. The environmental and public health issue of UXO,  just like Agent Orange, reminds us that wars can remain lethal for generations after the conflict has apparently concluded.  In Vietnam UXO is still taking lives and limbs more than forty years later.  In Laos, worst hit by the USA's illegal bombing war in the 1960s, there remains an ongoing need for de-mining.  But the relatively small amount the USA has been offering may have just become a bargaining chip in the United States' and Australia's attempt to slow down the signing of  the Treaty on the Prohibition of Nuclear Weapons.  Understorey speaks to American Quaker Lady Borton and ICAN board member Tilman Ruff.