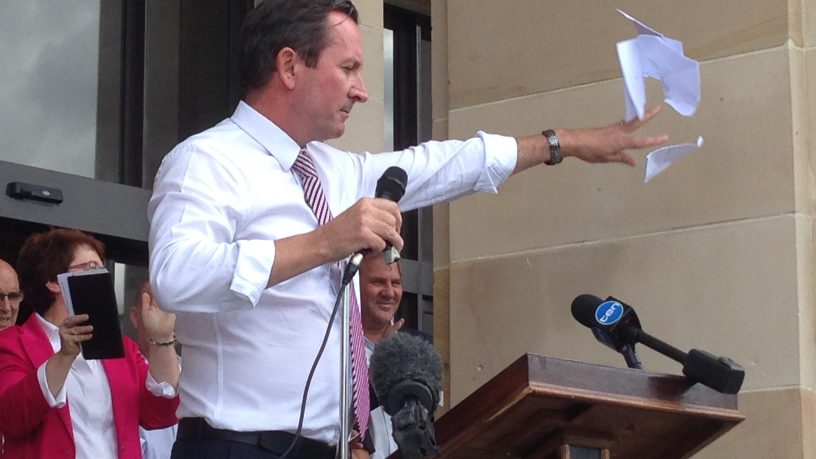 Yesterday the Leader of the Opposition Mark McGowan stood outside the state parliament and tore up the Barnett's government anti-protest legislation.  He was cheered on by environmentalists, workers rights advocates and concerned citizens who have joined to voice their concern about the state government's move to stop effective peaceful protests. Greens Lyn MacLaren, lawyer Kate Davis, and a variety of protestors express their concerns that this legislation is specifically targeted at people who are trying to protect the environment from deficient government processes. Photo: A Glamorgan