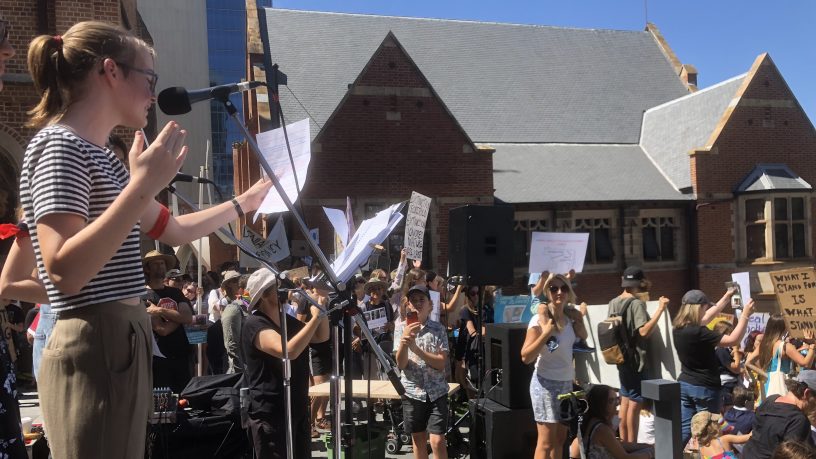 The world recently experienced the largest student strike for action on climate change. Up to 2000 cities world-wide, involved up to 1.4 million young people impatient for a genuine response to rising temperatures. Critics of the march like Dr Kevin Donnelly, Australian Catholic University research fellow, have blamed “biased” academics and a lack of education, arguing these students were barely literate or numerate. So how much do students really understand? At the Citizens' Climate Lobby Conference on the weekend, former CSIRO Principal Research Scientist Dennys Angove argued the national curriculum is leaving out anthropogenic causation; former South Australian Premier Jay Weatherill believes science is being upset by politicisation; and twelve-year old Bella Burgemeister from Bunbury reckons its time to notice the burning fires around us, and act on the 17 Global Goals for Sustainability. (Photo: A.Glamorgan)