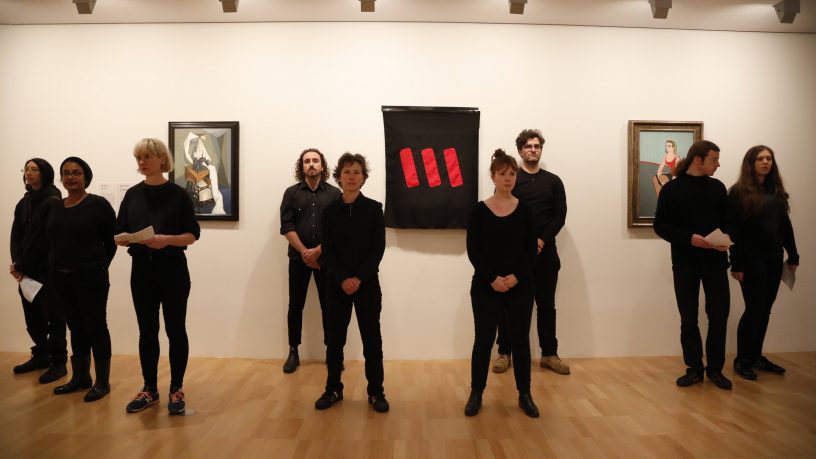 Picasso´s famous 1937 oil painting The Weeping Woman was covered by artists as a way of protesting against the National Gallery of Victoria´s (NGV) commercial partnership with the company Wilson Security.

Gabrielle De Vietri from the Artists' Committee spoke to James Hall on Arbeat about the campaign to call on the NGV to completely cut commercial businesses with the company.

The Weeping Woman portrays a universal image of conflict, suffering and pain; therefore, the Artists' Committee thought this would be a good way of drawing attention to the alleged cover up of human rights abuses by the Wilson Security.

The painting is not covered anymore, but the committee hopes the protest built the right amount of pressure on the NGV for them to get a new contract with a different security service for next year.

The painting had the history of being a subject of other artist’s demands in the 1980s when it was famously stolen by a group of anonymous artists.