Tuesdays 11am - 12pm
Join us as we delve into the wonderful world of politics.
Danae Gibson
Chris Wheeldon 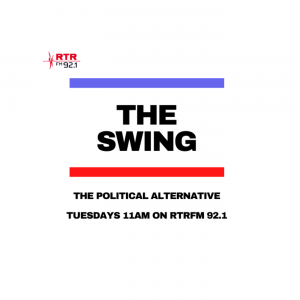 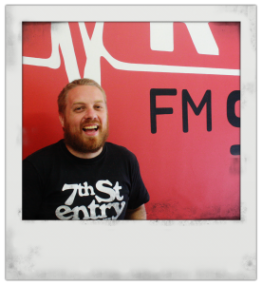 I fell into the world of RTRFM back in the late nineties as a cardigan wearing grunge kid desperate to play some Ammonia on the radio. I did, and that was that. After completing a Communications degree and heading off around the world a few times, I found myself as an office volunteer at the station. Jokes with Peter Barr and Dave Cutbush got me a stint on Homegrown, then Drivetime, and now I work here in the office.

Outside the RTRFM world, although that is little. Chris enjoys hanging at bars, watching bands, riding his bike and pretending the world is ok.

Did a bit of work experience back in the old UWA days, then came back on board in 2005 for some volunteer work. Got myself a show, became entrenched and now I get paid to be there.

I set this question and I realise it is dumb. Today they would be:

We live in an increasingly mediocre world, where the stupid are applauded and mediocrity is the new brilliant. I love the fact that I am part of something that goes against that grain. The media world sets the narrative and RTRFM sets a narrative that challenges, teaches and engages our audience. Mainstream media is creating a nation and world of narcissistic morons, RTRFM and other community broadcasters are the bastions of hope amongst the shit.

Call me on a Monday morning… or borrow my phone over the weekend.

Most of them.. at the moment I would love to do a Golden Apples.

I’m the Volunteer, Events & Operations Manager at RTRFM. I look after most things around the office, volunteers, members, website and lots of other things. If you want to volunteer, be trained, go for a studio tour, ask what Peter Barr is like in real life… drop me an email at cwheeldon@rtrfm.com.au.

A packed show on The Swing this week with three interviews covering this weeks political drama. […]

After being postponed for a month, the New Zealand 2020 General Election has arrived. Election day […]

Women in politics is the focus of this episode of The Swing. Chris and Danae acknowledge […]

Ruth Bader Ginsburg, Associate Justice of the US Supreme Court died at the weekend, at the […]

This week on The Swing, Chris Wheeldon is joined by James Hall to discuss ‘the week […]