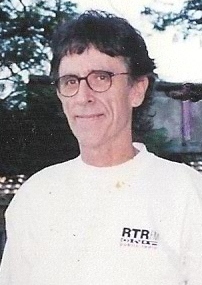 I purchased an FM tuner in 1976 and listened to the many and varied 6UWAFM test  broadcasts. A friend was involved in setting up the station (Toni Wilson) and I became involved in presenting in the early 80’s with Vershun Galore and Sunday Morning Coming Down. Other programs I have presented are Spoonful of Blues, Solid Colours, Strings Attached, The Show With No Name, Big Star, and now SMCD.

And somehow I would need some Bhangra Beats (maybe embedded in the brain).

The best thing about being involved in RTR is that everyone is into music. Old and new music, diverse, alternative music, brought together by staff and presenters with a passion for good radio. Also meeting and interviewing some great and friendly musicians.

The phone calls – strange-weird-needy souls. The strange letters and gifts (too strange to mention here). A great moment in early days of the internet was a listener in the USA calling from Texas while listening to Spoonful of Blues.  Mostly it has been all good.

I have a few. Rockin’ the Roots/Global Rhythm Pot – world and roots music never ceases to amaze me. Spoonful of Blues too as I just love blues music, ever since l was a kid.

I work with Hepatitis WA  and The Deptartment of Corrective Services. A health education program in WA metro prisons and prison farms. The program is called Health In Prison – Health Outta Prison – The HIP-HOP program (“don’t get confused boys, this ain’t dancing”). Although there is a rap/hip hop tune l use, called “Im Your Boy Hep C – Don’t Mess With Me” (put together by some Melbourne musos).