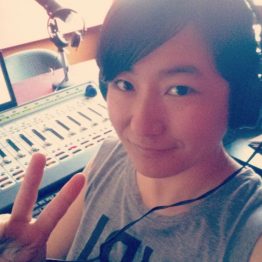 Miko is a jack of all trades and master of none. She’s done a lot of things for the love of it and wouldn’t have it any other way. Miko is a big believer in having lots of life experiences rather than material things (but she still buys too many artworks that she has no space to hang in her room and she owns way too many clothes with animals on them).

I can’t really remember! Maybe it was volunteering in the phone room for Radiothon in 2012? I had been a long time listener and decided that would be a fun way to give back to the station. It took me a few years to finally find the time (and feel brave enough) to do the radio training course in 2016 and now I love presenting!

The best thing is meeting all the people involved at RTR! They’re the loveliest bunch of people and it really does feel like a big family. And also all the amazing music you are constantly exposed to.

I don’t think anything strange has happened to me… yet?

On one of my first shows I got a call from Joe from Midland though, which was definitely a surprise and a super exciting honour!

Drastic on Plastic because there is so much great music by women to share. Or Golden Apples of the Sun for lo-fi psych soundscape goodness. If only I still followed drum n bass because it would be a dream to present on the show that got me into RTR – Wednesday Full Frequency!

Real life doesn’t seem to stay very constant for me, but at the moment I am studying to become a human rights lawyer.

Miko Watanabe is a regular presenter here at RTRFM, having done shows including Breakfast and Midnight […]