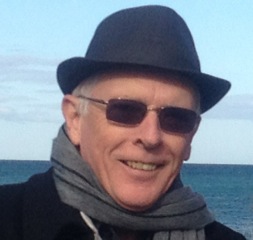 When RTR started out, it was called 6UVS-FM, broadcasting from the campus of the University of Western Australia. A group of students thought that non-classical music should have a place in the station’s program selection and formed NCM, from which came Black and Blue, Drastic On Plastic, Folk West, Spoonful of Blues, Vershun Galore, Global Rhythm Pot, Gods of Thunder, Beats Per Minute, Still Dreaming and all the other genre musics that RTR provides. Some are gone, many are still with us (Spoonful, Drastic, Jamdown Vershun). I was a  member of NCM and have been involved with the station since 1977; I was one of the original Vershun Galore Posse (and much respect to the General, who still brings us Reggae on our radio). I have presented various programs over the years and was the coordinator of Spoonful of Blues from 1990 to 2010(surely the longest-running program on RTR, started by Steve Tallis at the end of the ’70’s).

Van Morrison’s Astral Weeks would have to be one of those 5 albums I couldn’t do without, it never ages and is as amazing now as it was when it was first released in 1968. My Life In The Bush Of Ghosts, the stunning album  collaboration between Brian Eno and David Byrne is another. it was released in 1981, a decade ahead of its time, ground-breaking in its technical achievement and timeless in its vertuosity. J S Bach’s Brandenburg Concertos (Claudio Abbado conducting  Orchestra Mozart, an exceptionl recent recording) for its glorious Baroque clarity. Kenny Wayne Shepherd’s 10 Days Out: Blues From The Backroads is in the mix, not because it’s the best Blues album ever, but because is so good, with an amazing selection of Blues masters guesting on the tracks. Its also has a DVD, so if my Martian survival pod stretches to video as well as audio equipment…
Time Out Of Mind by Bob Dylan or Exodus by Bob Marley, hey, am I allowed 6?

The best thing about being involved in RTR?The music. The listeners. The love.

The strangest thing?Hmm… Well, I locked myself out of the station while on-air one time; that was pretty strange. Luckily, someone in Planet next door got me back in. Going in to operate a Sunday Morning Coming Down, when the station was still in the Sanderson Building at UWA and interviewing Dave Van Ronk live on the show was up there with strange too.

In real life, besides being a presenter on RTRFM, I’m a Drama and English teacher in a Perth High School.