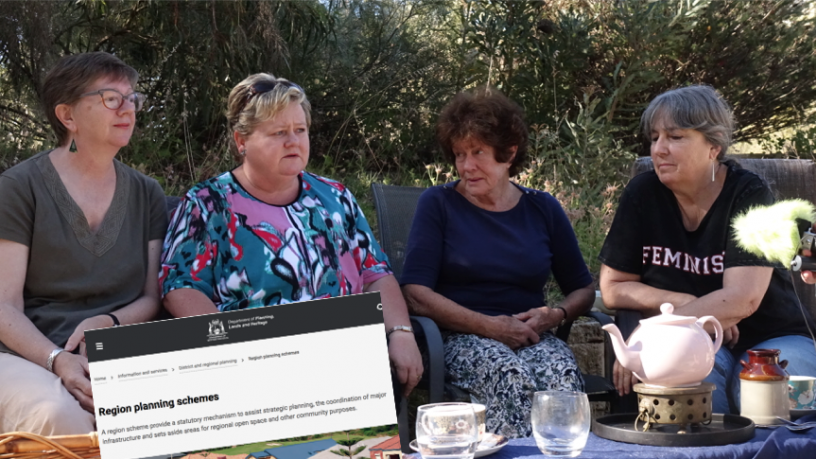 In the next few decades Perth’s population is forecast to double, potentially making us Australia’s third largest city. So where will all the new people live? Greater Perth already stretches more than 120 kilometres, making us one of the world’s longest cities. Rural areas in East Wanneroo ( including Gnangara, Jandabup and Mariginiup) have been identified as “potential urban” by the State government planning agencies. The developers and the Minister for Planning are saying this gives certainty to landowners, but local residents who champion environmental values point say this rezoning will radically change the face of East Wanneroo’s superb Banksia woodlands, eliminate local species, destroy the rural amenity and spread more urban sprawl.  They also raise questions about how consultations work: are they genuine community explorations, or just ticking boxes?  (Image: E.PO')