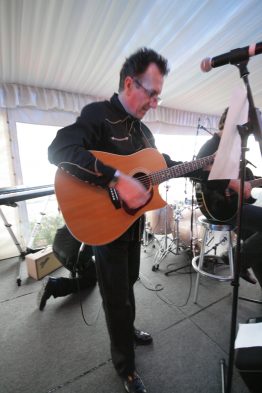 Been with the station since 1984 during  Arts Radio and 6 UVS Fm times and fought for its future. Have over the years presented and produced programs such as ‘State of The Union’, Murdoch Morning, Stereo Go Round, Drive Time and more recently (for the last 9 years) Woodstock Rock under the nom de plume ‘The Fabulous Furry Freak’. Been a singer songwriter in various bands over the years including ‘Knocked Up’ ‘The Jumpin Chapaties’, The Twitch, and currently ‘May Contain Traces of Nut’. Work in the Resource Sector and live with my family in Bayswater

Through Murdoch University in the 80’s

The listeners, The Camaraderie, The Zany-ness and the sense that you are making a difference

Trying to demonstrate how to use a condom on Stereo Go Round using a live microphone, it was hilarious and prompted a huge amount of telephone calls and letters

Sunday Morning Coming, because it covers such a huge expanse of music