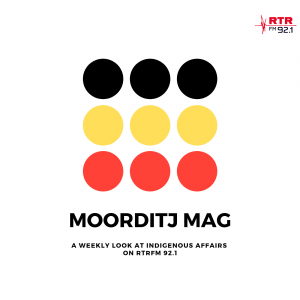 This week brings another edition of the Moorditj Mag Podcast, where Jim continues last week's discussion of Yokai and their efforts to aid Stolen Generation peoples, including discussion with WA Stolen Generations Aboriginal Corporation employee and Bringing Them Home Committee board member Laura Elkin and Yokai board members Lorraine Woods and Bryan Councillor.

On this week's edition of the Moorditj Mag, Jim and Nick discuss Yokai, a human rights initiative formed by the Bringing Them Home Committee and the WA Stolen Generations Aboriginal Corporation, and recent developments on the South West Native Title Settlement, tying these together with discussion over the history of Stolen Generation reconciliation and where proceedings ought to take the reparations effort moving forward.

This week's edition of the Moorditj Mag podcast sees Jim and Jodi talking about International Women's Day, on this Sunday March 8, as well as interviewing Senior Heritage Project Officer Glenn Shore about the government's work in outreaching to rural communities and a review of the Aboriginal Heritage Act.

Aboriginal Elder and storyteller Josie Boyle also spoke to RTRFM about past, current and future inspirations to Indigenous women, including a recitation of her new poem 'The Voice Of The Dark Is A Song', with musician Chris Jordan joining in later to discuss a musical event happening in Pinjarra this Sunday.

In this week's edition of the Moorditj Mag Podcast, Nick and Jim discuss the recent announcement of the coming resignation of WA Treasurer Ben Wyatt, who isn't running for re-election due to health concerns within his family, and what this represents in Indigenous discourse, as well as the distinction between the federal apology and National Sorry Day.

Since the Uluru Statement from the Heart was formed in 2017, author Thomas Mayor has travelled around the country to promote its vision of a better future for Indigenous Australians, visiting communities big and small.

His new book Finding the Heart of the Nation describes the journey both of his self and of the Uluru Statement from the Heart, its reverberations throughout the government and the people of Australia.

Thomas Mayor joined Jodi and Jim on Moorditj Mag to discuss his book, Ken Wyatt's recent actions and the Uluru Statement from the Heart, including a recitation of it.

Nick and Jodi are joined by Daniel Featherstone in discussing national indigenous media conference Converge, and its importance in galvanising the participation and influence of First Nation's peoples within the national dialogue.

In this week's edition of the Moorditj Mag Podcast, Nick and Ebony discuss the nation wide protests ignited by the Yuendumu tragedy, plus an interview with cultural cornerstone and national treasure Archie Roach.

Jodi Hoffman and Ebony Garlett are joined by the director of Emu Runner, Imogen Thomas and check in with Jim Morrison abroad in Canada.

Jim and Nick are once again joined by CEO of Aboriginal Legal Services Dennis Eggington in discussing custodial support before Artistic Director of Yira Yaakin, Grace Mullaley, stops by to have a chat about the theatre company's latest offering.

On this episode of The Moorditj Mag podcast, Jim and Nick speak to Josh Kelly about The Blue tree Project and check in with the CEO of Aboriginal Legal Services Dennis Eggington regarding the aftermath of Geraldton woman Joyce Clarke's tragic death by police.

Following up their chat with accomplished actor Kelton Pell, Jim and Nick continue to investigate the interplay between actor and culture, this time with the help of screen legend Tony Briggs. The trio discuss the Perth leg of Nakkiah Lui's Black is the New White, indigenous representation within the arts and Kelton Pell's jacket.

Jim and Nick are back in black after the maelstrom of Radiothon. The boys have a chat with Associate Director of Recognition and Aboriginal Employment at Curtin University, Alan Carter, about the need for Indigenous representation across all facets of employment, before delving into the limitations of redress with abuse survivor Dallas.

On this special Radiothon 2019 edition of the Moordijt Mag, Jim and Nick are joined by artist and activist Phil Moncrieff in curating a selection of tracks typifying the storied career of Phil and his advocacy around Australia.

Western Australian politician, lawyer and author Tony Buti joins Jim and Nick on this instalment of the Moorditj Mag Podcast in discussing the urgent need for the establishment of a comprehensive national reparations framework, before friend of the show Shine Lawyer's Jan Saddler gives the ongoing stolen wages saga international recognition. Continuing their spotlighting of local support services, Jim and Nick are also joined by Chief Executive of the Yorgum Aboriginal Corporation Laurel Sellers, unpacking the operations and ethos of the service facilitator.

Fresh off the back of being named Cinefest Oz Screen Legend for 2019, award winning actor Kelton Pell joins Jim and Nick in discussing ambition, creativity and country before RTRFM's own Danae Gibson goes in depth with famed broadcaster Stan Grant in discussing The Australian Dream, the latest documentary to trawl through the turbulent career of AFL great Adam Goodes.

On this episode of the Moorditj Mag Podcast, Jim and Nick are joined by Rowan Collard in discussing the recent expansion of support services provided by the Wungening Aboriginal Corporation, and talk economic participation through landscaping with horticulturalist Karen Jacobs.

In this episode, Jim and Nick dig deep into some archival recordings of Aboriginal activist and tenor Harold Blair, continue to monitor the ramifications of the stolen wages class action in QLD, and learn about the need for Indigenous Men's Camps as a means for cultural survival.

In this bumper two part NAIDOC Week edition of the Moorditj Mag Podcast, Jim and Jodi throw open the studio doors to a revolving line up of guests, chatting all things 'voice, treaty & truth'.